Providing the Top-Notch Representation You Deserve 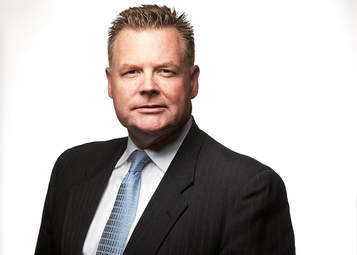 Since 2004, Scott has maintained the highest rating, AV Preeminent, from Martindale Hubbell, a peer review rating organization. In 2006, and 2010-2018, H-Texas Magazine recognized Scott as one of Houston’s Top Lawyers for the People for Personal Injury Litigation. Scott has been recognized as a Top Rated AV Preeminent Lawyer with a practice area in Commercial Litigation by The American Lawyer Magazine. Scott was also honored as having made Houstonia Magazine’s 2013-2015 Top Lawyers list. The list was created by an unbiased third party board created to hand pick the top legal professionals in Houston.
Scott was also selected as a Texas Super Lawyer in Personal Injury Law in 2016, 2017, and 2018. Only 5% of attorneys in Texas receive this distinction.
In 2017, Scott was accepted as a member in The American Board of Trial Advocates, a select group of trial lawyers whose primary purpose is to promote and pressure the civil jury trial and to elevate the standards of integrity, honor, and courtesy in the legal profession.
Scott has received his Transportation Worker Identification Credentials (“T.W.I.C.”) issued by the Transportation Security Administration and U.S. Coast Guard. The TWIC card gives Scott unescorted access to secure areas of port facilities, outer continental shelf facilities, and vessels regulated under the Maritime Transportation Security Act of 2002, or MTSA, and all U.S. Coast Guard credentialed merchant mariners.

Scott has been married for over 25 years and is an active member of St. Martha’s Catholic Church in Kingwood, TX.  He is a former coach for girls soccer for the Texas Heatwave, for 8 years, served as Cubmaster and Assistant Den Leader for Cub Scout Pack 909 in Humble, Texas for 4 years, and is the Scoutmaster for Boy Scout Troop 1922 in Atascocita, Texas (Spring 2013 - present).  He served as Executive Producer (8 years) and a castmember (20 years) for the annual production of Nightcourt, an all lawyer musical, acting, dancing “Broadway-esque” show performed at the largest venues in Houston (Hobby Center and Wortham Center), during which they raised over $1,000,000 for local legal charities.  In 2017, Scott retired his EP and castmember roles and joined the Nightcourt Board of Directors, where he currently serves as the Treasurer.  He is a die-hard Boston Red Sox fan and a long-time season ticket holder for the Houston Texans and Texas Longhorns Football.